I was updating a slide deck that I use to compare blade server technologies for customers when I came across the IDC and Gartner data from Q3 of 2009.  I was very surprised at what I found out, so today’s post takes a look back at 2009 and compares it to 2010. 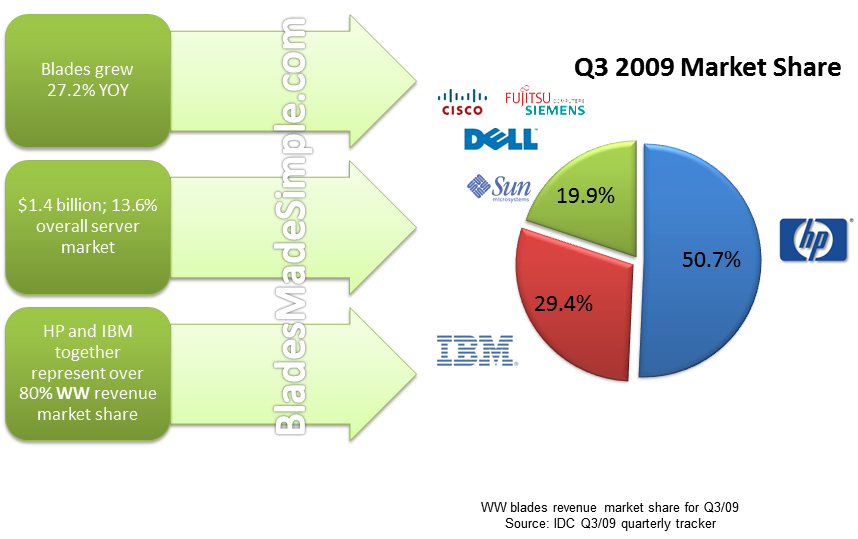 In comparison, when you take a look at Q3 2010, HP’s market share increased to 54.1% while IBM’s market share lowered to 26.8%.  In a year’s time, the overall server marketplace showed a huge increase in blade servers to 18.9%! 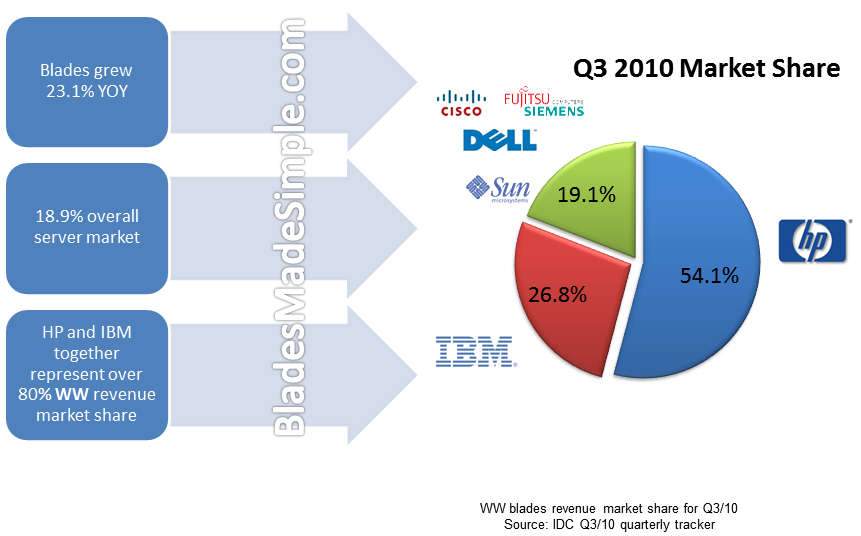 I also came across the first Gartner Magic Quadrant for blade servers, so I decided to put them side-by-side to see how they quadrant changed from October of 2009 to January of 2011. 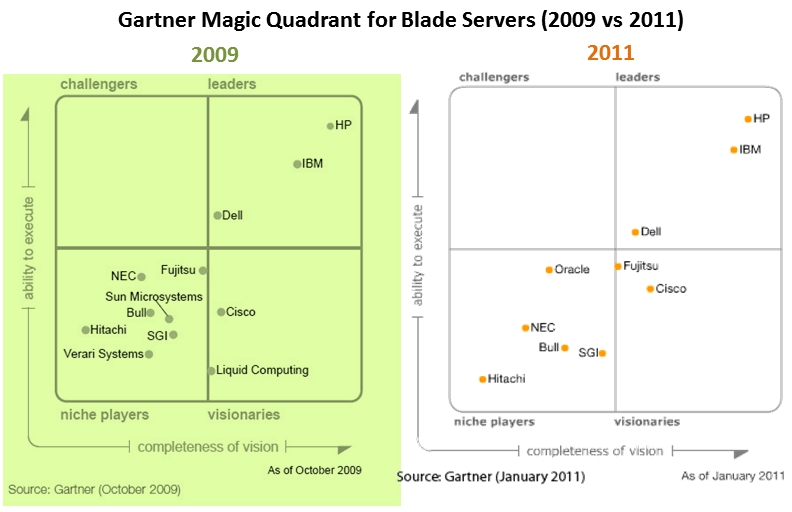 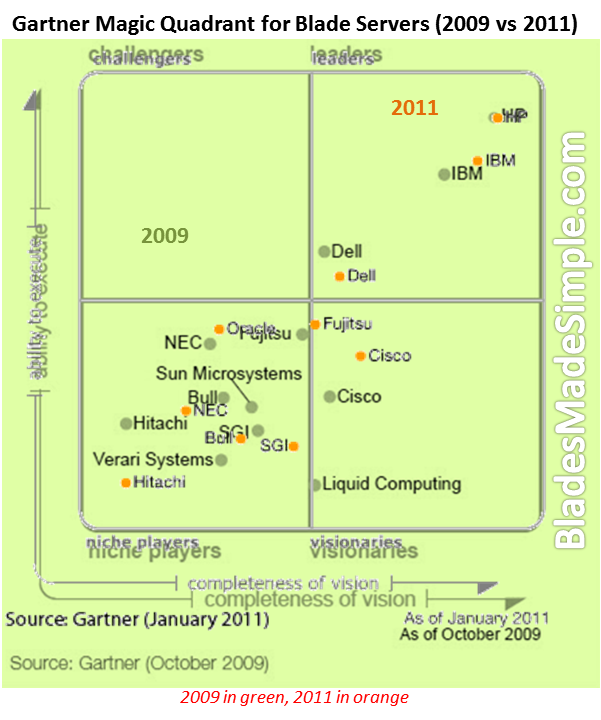 That is the end of what I wanted to say.  Didn’t really want to analyze too much, as the images speak for themselves.  I’d love to hear what your thoughts are – feel free to comment below.